Back to all posts

So yes, this is my first blog post here. I had a blog back in the day but that was never public, so this is a first. I am doing this because I feel there is great value in sharing our journeys and learning from each other’s experiences. I also hope you will get to know me a bit better than in biographies and Facebook posts and we will start conversations about musicianship and being an independent artist in these times.

This being said, the Round Dance part of my life has been a very interesting ride! It is the most important project I have worked on until now and it was for sure a coming together of every resource I could find: creative, emotional, organizational, material etc. And as I had heard many times before, making the music was the easiest part. The tough things are connected to releasing it, because that means literally a hundred more jobs in one and you have to get good at all of them fast, testing on your own little project. I realized with every email sent and new platform discovered that being a musician nowadays and aspiring to be present (whatever that means) requires a lot of things that are really new strategies and techniques, constantly changing. Maybe they have been here for a while and I am slowly coming out of my cave, but man, have I learned a lot of new things in the past year! I put a lot of time and energy into work behind the desk (and no, not practising my instrument), which felt weird in the beginning, kind of draining actually.

But I feel like instead of fighting this tendency, I can take out of it as much as I need and leave the rest out.

I’ve always felt like I am somehow in a generational gap between the people who didn’t have access to the internet when they grew up (born around the 1980s and early 1990s) and the children who grew up with social media and now swim gracefully and effortlessly through all of it. So I was born in 1998, I had a computer when I was about 5 years old and I remember playing Mario. But I didn’t have a smartphone for years. I didn't have social media accounts when I was in elementary school. So I feel like I am in an in-between (I actually wrote a tune about this specific feeling, I hope I'll share with your some drafts soon).

The creative process of the album though was an absolute delight. I remember recording the additional voices for the tunes in Ableton trying to find the best options and the joy I was feeling in that search was sooo rewarding. Here is a small video of me trying to find the good additional voices for Round Dance: Round Dance Voices Test. Plus, the collaboration with Sinziana Cadar was amazing, the album artwork is one of my favourite things that came out of this whole process. Everywhere I use it, it feels like home. That is because she really captured me and the atmosphere of the album.

Throughout the entire process, the most important thing that stroke me was the fact that I was completely utterly free to communicate something, a vision that I have. I was opening up a space for my creativity that I had never considered for real before because I was always feeling that I need to work more before I allow myself that. So here I was, in this wooden house-shaped mental space inside an imaginary forest really following my instincts and finding the courage to let them come out through the music and everything related to it: lyrics, written texts, website design, album artwork, video editing. Even the release date was chosen from this mental space. I chose the 20th of March because the equinox takes place then. It is one of the most important days of the year for me because it symbolizes the beginning of a new cycle of life. For the first time that year, the day and the night are in perfect balance, this being followed by a gradual increase in the duration of the day. Light follows darkness and makes everything bloom.

I could talk about this forever but for now, I will stop. I have received feedback in the past that my posts are too long haha so I will be back soon hopefully. Until then, let's start a conversation and let me know, what are the thoughts that come to your mind when thinking about releasing your own thing (be it art or something else)?

I will leave you with Chapter II from Round Dance, the part that very often almost makes me cry when we perform it on stage. And this photo of the most beautiful statue I have ever seen. 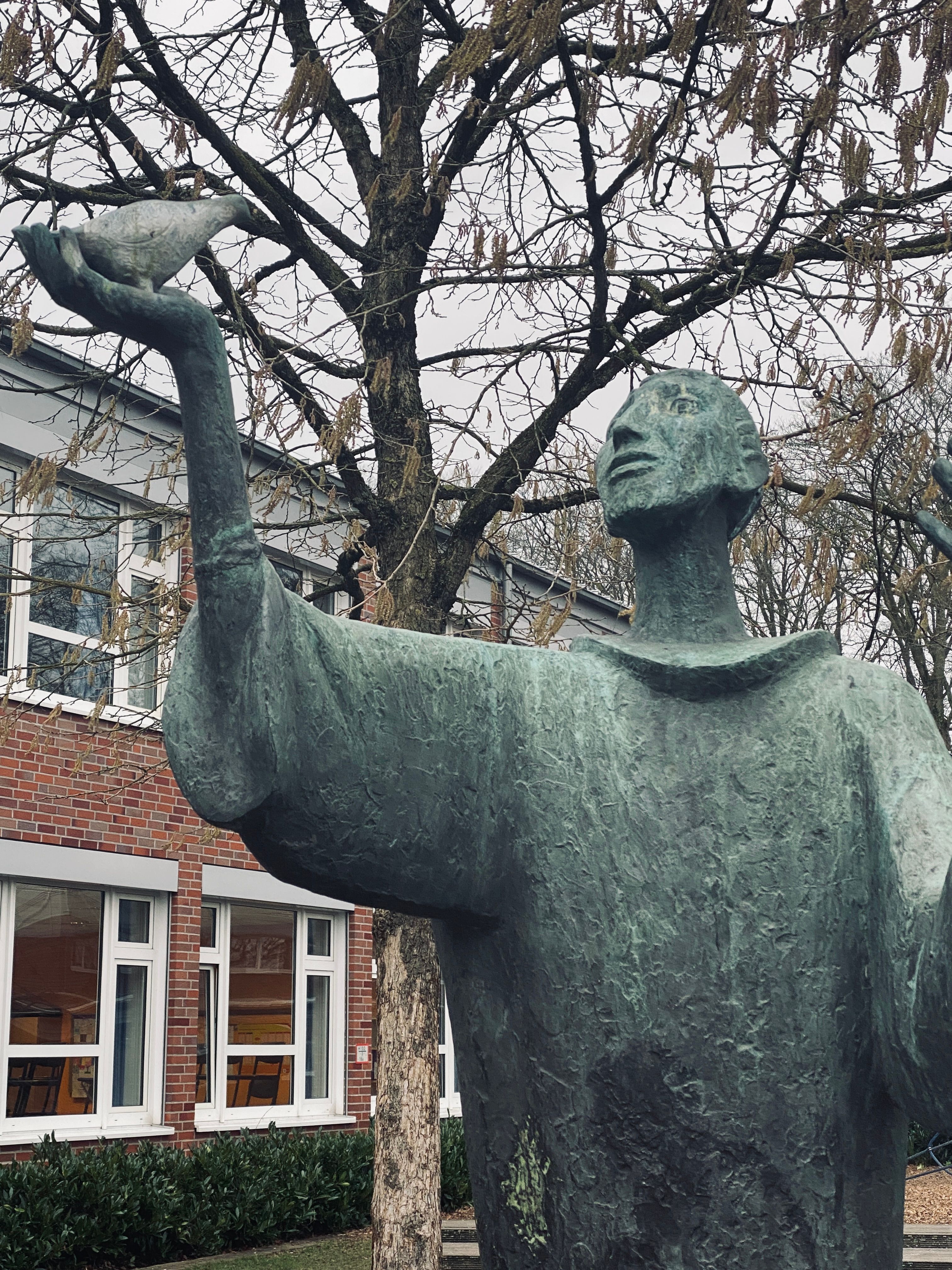